Councilmember Cindy Bass is a tireless fighter for quality of life issues affecting Philadelphians.   Since taking office in 2012, she has fought against blight and trash in our neighborhoods, worked to organize schools and community leadership to stay connected to neighbors, and has identified and spoken out on the issues that people care about.  Councilmember Bass is honored to take on these challenges on behalf of her constituents and all Philadelphians.

Councilmember Bass has a reputation for coalition building, community engagement and rolling up her sleeves to get the job done without fanfare.  She has advocated to keep schools open on behalf of parents in under-served communities, and is making sure that the changes to our city’s tax structure don’t tax people out of their homes, particularly in gentrifying neighborhoods.  She also recognizes the power of an organized community and local participation to make neighborhoods destinations of choice.  Bass’ philosophy of building and strengthening partnerships as a way to accomplish community-driven goals embodies her approach to development and government’s role in neighborhood improvement.

In her first term, Bass passed legislation to regulate outdoor clothing donation bins, which often attract litter and dumping. Through initiatives and legislation like this, Councilmember Bass works with the already hard-working community members to positively affect quality of life.

Currently in her third term, Councilmember Bass is known for her accessibility and numerous outreach events, designed to empower, engage and inform her constituents throughout the 8th District.  Her work as the Chair of City Council’s Committee on Parks, Recreation and Cultural Affairs has led to the unprecedented transformation of recreation centers and playgrounds.  Through her initiative which was supported by all of her colleagues, cameras and anti-loitering devices are being installed in every location in Philadelphia, keeping our children safe. Additionally, Councilmember Bass introduced legislation, which was passed by Council, to require the public posting of hours of operation for libraries and recreation centers, in order to better inform community members of neighborhood activities, events and daily operations. She has advocated for public playgrounds to include play equipment for children with developmental delays as well as assuring fitness equipment for older adults, ensuring that all centers are both inter-generational and welcoming.

Because of her dedication to improving quality of life and consumer protections, Councilmember Bass works valiantly to rid her district of nuisance businesses while helping to create and support good businesses. City Council passed two bills by Bass aimed at tackling nuisance business practices and improving the quality of businesses in all of Philadelphia’s neighborhoods. The Nuisance Business Bill holds businesses responsible for nuisance behavior that occurs on their premises including loitering, public drunkenness and public urination. Under the bill, if a business is cited for nuisance behavior three or more times within 60 days or seven times within a year, the business will be required to create a plan to address such behavior. The Restaurant Licensing Bill helps business owners comply with already existing state law by creating “small establishment” and “large establishment” business licensing categories. The bill requires large establishments, the license a business owner must obtain to sell alcohol, to have seating for at least 30 patrons, to have a publicly accessible bathroom and to sell food, among other guidelines. This bill will work to replace nuisance businesses with quality sit-down restaurants in neighborhoods across Philadelphia.

Councilmember Bass has sponsored groundbreaking legislation and initiatives on other fronts, including (1) requiring the City of Philadelphia to offer a tax credit to businesses that are harmed by significant infrastructure improvement projects, (2) recently introducing a bill to address nuisance businesses which she believes tear down neighborhoods and in some cases are predatory in nature, and (3) calling for an investigation into the lack of minority participation in the city’s building trades, by determining if the city should develop a local Mentor-Protégé Program, and others.

And as the new Chair of the Council Committee on Public Health and Human Services, Bass is planning an aggressive and comprehensive agenda to promote public health.  Recognizing the disconnect between the number of individuals without quality healthcare in Philadelphia and the city’s reputation as one of the largest and best healthcare networks in the world, Bass knows that more can and must be done. Her legislation authorized the Committee on Public Health and Human Services to hold hearings examining the Philadelphia Department of Human Services scorecard on Community Umbrella Agencies or CUAs—agencies that manage and house children in the DHS system—after the scorecard revealed many of these agencies are operating below satisfaction. Councilmember Bass knows it is important to protect citizens who may not be able to protect themselves, and will work to help ensure that entities doing business with the City of Philadelphia operate in an acceptable manner.

Councilmember Bass has experience working in the United States Congress and Pennsylvania State Senate.  She has also worked on numerous campaigns, supporting progressive candidates from Presidents to local committee people.  She has served as a delegate to the Democratic National Convention in 2000, 2004, 2008 and 2012, and has been a member of Democratic State Committee for more than 12 years.  She has also been a local Democratic Committeewoman in the 22nd Ward since 1998.

Beyond her political background, Bass has had extensive experience in the areas of economic development, banking, housing and civic engagement.  Councilmember Bass is a life-long Philadelphian, having grown up in North Philadelphia, public school graduate, and recipient of a Bachelor’s degree from Temple University.  She has resided in East Mount Airy for the past twenty-five years and is the proud mother of her eight year-old daughter. 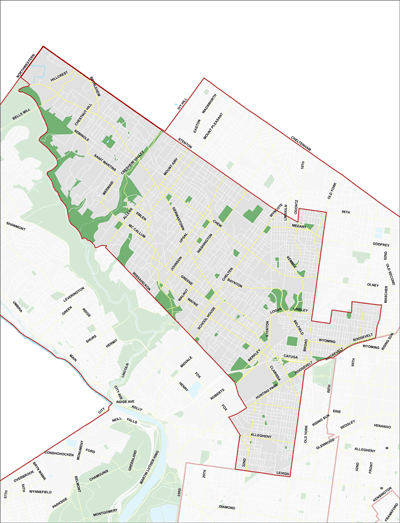