A proud graduate of Philadelphia public schools, Clarke began his service to North Philadelphia as a community activist, who was eventually recruited to serve in Council as a constituent service representative, rising up to become a chief of staff, before being elected to represent the 5th District. In his years in service to Council, Clarke has advanced a progressive legislative agenda that includes initiatives to enhance job creation, increase public safety, increase the availability of affordable housing, and strengthen neighborhood development.

Clarke’s legislative and policy agenda are centered on the principles of equity and fairness. From leveraging vacant property to incentivize private developers to build affordable and mixed-income housing, to increasing City funding for the School District of Philadelphia annually in the wake of devastating state budget cuts, to advancing policies discouraging all forms of discrimination, including discrimination based on criminal record and credit history, Clarke believes the power of government should be used as a check on the excesses of the private sector and to level the playing field for people and communities that have historically faced discrimination.

Since being elected in 2012 by Democratic and Republican colleagues to serve as President of City Council, Clarke has modernized and expanded Council’s technical staff to enable members to craft data-driven solutions to best serve constituents in a rapidly growing City. Clarke’s leadership ensured that the City implemented the Actual Value Initiative, or citywide reassessment of taxable properties, only when a package of remediation measures was in place to ensure minimal disruption to residents and business owners. A 2015 Pew Charitable Trusts report found that Council’s tax relief measures successfully protected longtime homeowners in neighborhoods that experienced sharp property value increases from being taxed out of their homes.

Council President Clarke’s other initiatives to protect vulnerable people, ensure the benefits of a strong economy and construction sector are spread equitably, and to position Philadelphia for a fiscally secure and sustainable future also include:

Council President Clarke is the proud father of a Philadelphia public schools graduate, now a doctor, and a proud grandfather as well. He grew up in the city’s Strawberry Mansion neighborhood and lives in North Philadelphia. 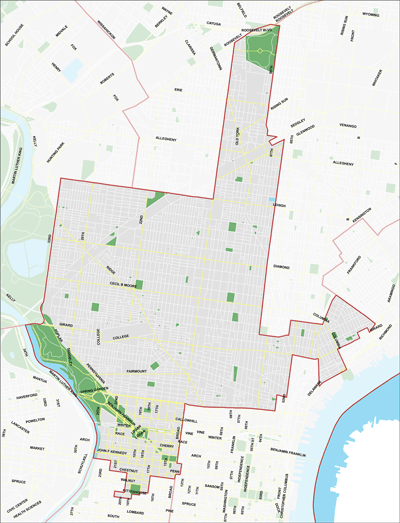