Katherine Gilmore Richardson is serving her first term as Councilwoman At-Large for the City of Philadelphia. Gilmore Richardson’s demonstrated track record of service and leadership within the community helped her to become the youngest woman ever elected City-wide and the youngest African American woman ever elected to Philadelphia City Council in November 2019. Gilmore Richardson previously served as a staff member for Councilwoman Blondell Reynolds Brown for 11 years in roles ranging from Constituent Services to Chief of Staff. During her tenure, she helped secure passage of progressive policies affecting and advocating for women, children, people of color and more.

Previously, Katherine served in healthcare at Pennsylvania Hospital where she created a transitional work program, and at Overbrook High School where she taught math and computer science.

A lifelong Philadelphian, Katherine was born to a teenage girl in South Philadelphia and adopted by her loving parents James and Pastor Lorraine Gilmore who taught her the values of hard work, perseverance and reaching back to help others.

Katherine is a graduate of the Philadelphia High School for Girls and West Chester University where she earned a Bachelor of Arts degree in political science and a Master of Science degree in public administration. She also completed the Women's Campaign School at Yale University, the Center for Progressive Leadership and the Zeta Organizational Leadership Program.

Katherine resides in Wynnefield with her husband David and their three children. She serves as a 52nd ward committeeperson and Board Member of Wynnefield Residents Association. Katherine is a proud life member of Zeta Phi Beta Sorority, Incorporated and most recently served as Vice President of the Philadelphia Young Democrats. 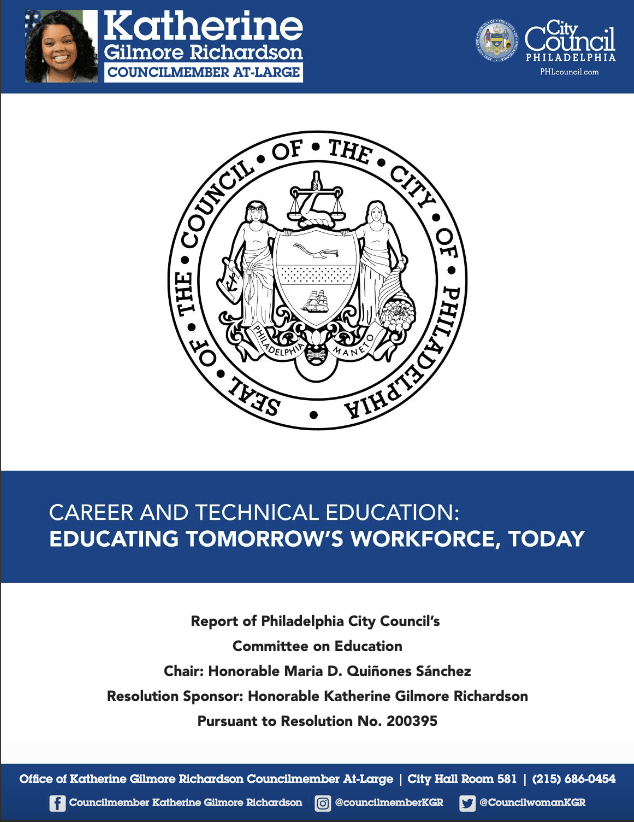