The Honorable Curtis Jones Jr. represents the 4th District of Philadelphia, Pennsylvania which includes Allegheny West, Belmont Village, East Falls, Manayunk, Overbrook, Overbrook Park, Roxborough, Wynnefield and sections of West Philadelphia.  Councilmember Curtis Jones Jr.’s consistent and dedicated approach has earned him the trust, loyalty, and respect of both his constituents as well as his colleagues as he was unanimously elected Majority Leader on January 2, 2012 to January 4, 2016.  Currently in his third term, Councilmember Curtis Jones, Jr. is the Chairman of the Committees on Public Safety, Commerce & Economic Development and Vice Chair for Parks & Recreation & Cultural Affairs.

Councilmember Curtis Jones, Jr. is a champion for education, an ally for criminal justice, and a friend of the environment.  Major pieces of legislation include:

Councilmember Curtis Jones, Jr. lead the charge to enforce new public safety regulations for fire escapes, create the Philadelphia Mortgage Diversion Program, which prevented thousands of residents from losing their homes, along with a second moratorium on Sheriff Sales during the month of January 2011 to further protect, preserve and defend the homes of Philadelphians, and The Philadelphia Internship Tax Credit, which will allow high school, college, and vocational students in our City to receive a stipend for their work.

Councilmember Jones, Jr. has collaborated with both District Attorney Seth Williams and Former Mayor Michael Nutter on the Witness Intimidation Law, which emphasizes the importance of eyewitness testimony in the justice system and a renewed commitment to protecting those who courageously step forward to report crime. Councilmember Jones, Jr. also authored a law for 5% of the City’s annual Community Development Block Grant to be used for  Mixed-Use Property financing.

In addition, Councilmember Curtis Jones, Jr. and the Office of Housing and Community Development launched a $1 million pilot project for mixed-use developments all in his 1st term.  Councilmember Jones established the Roxborough Environmental Control District to preserve the historic Manatawna Farm, wildlife habitat, and greenspace in Roxborough and is the City’s leading advocate for the environmental and economic impacts of Marcellus Shale onto Philadelphia.

A noted expert on community-based economic development, Councilmember Jones has served in various public and private sector positions for more than two decades. Under his leadership, minority-, women- and disabled -owned business entities have received more than $583,000,000 in municipal contract opportunities.

Councilmember Jones has lectured extensively on economics and community development. He has appeared on various local and national television and radio programs and previously hosted “Handling Your Business”™ a weekly television and radio show which aired throughout the region. As a result of his numerous years of experience in the Philadelphia commerce landscape, Councilmember Jones has become one of City Council’s most formidable advocates for community development and educational stability.  A recipient of numerous community and industry awards, Councilmember Jones, is one of Overbrook High School’s accomplished graduates. He has furthered his scholastic achievements by attending the University of Pennsylvania’s Fels School of Government, completing studies at Boston University’s A.C.C.A. program, and receiving a Master’s certificate in Contract Compliance in conjunction with the University of Alabama. 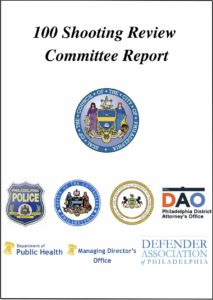