A man with a mission to serve, Philadelphia City Councilmember Kenyatta Johnson represents the Second Council District, which represents more than 150,000 residents in the neighborhoods covering  parts of Center City, South and Southwest Philadelphia and also includes the Sports stadium area, Philadelphia International Airport, and the Navy Yard.

Johnson arrived on the political scene in 1998 determined to end gun violence through Peace Not Guns, an organization he founded after the murder of his cousin – to prevent violence through education and the creation of programs that would give youth an alternative to the streets. That activism led to a successful run for the Pennsylvania House of Representatives, where he served as State Representative for the 186th Legislative District from 2009 until 2012 when he took the oath of office for City Council. He started his third term in Council in January 2020.

A lifelong resident of the Point Breeze neighborhood in South Philadelphia, Councilmember Johnson is a product of the School District of Philadelphia. He holds a Bachelor of Arts Degree from Mansfield University and a Masters Degree in Government Administration from the Fels Institute of Government at the University of Pennsylvania. He also has completed the Governing for Non Profit Excellence Certificate Program at the Harvard School of Business. A Pennsylvania State Senate staffer for six years prior to running for the House of Representatives, Councilmember Johnson is a former volunteer for AmeriCorps, the national service organization that allows citizens to serve their communities. He was also a founding staff member of City Year, the non-profit AmeriCorps organization whose primary goal is to build advocacy through service. 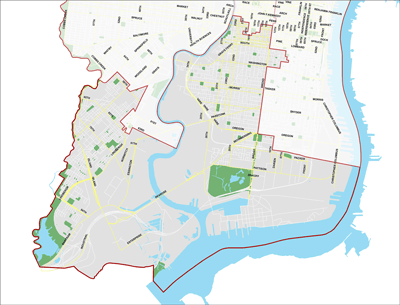