It was a moment where it seemed the entire country held its collective breath Tuesday afternoon, as a jury in Minneapolis delivered its verdict in the trial of former police officer Derek Chauvin in the murder of George Floyd. And minutes after the jury rendered its verdict – guilty on all counts – Philadelphia City Councilmembers weighed in with their reactions.

After expressing prayers for the family of Mr. Floyd, Councilmember Katherine Gilmore Richardson (At Large) said:

“The jury’s verdict today demonstrates that justice can be served, but it is also a reminder of what it took for us to get here. We have a collective responsibility to keep fighting for systemic change. Because true justice will be the day when Black lives matter in this nation. Today is a first step towards justice and accountability in a system that has been unequal for far too long. We have a lot of work to do to build a truly equitable nation, and I am committed to creating that future especially here in the City of Philadelphia.”

“This time,” Clarke said, “our system of justice has prevailed in the trial of former police officer Derek Chauvin for the murder of George Floyd on a Minneapolis street. No one who watched that video could reasonably conclude anything other than that Mr. Floyd was murdered by Chauvin. This verdict follows so many other cases that produced disappointing verdicts, where the guilt of police perpetrators against civilians was obvious to so many. It is gratifying to see that justice prevailed in this case. However, the jury’s verdict does not end the discussion about policing, and the need for real reform in how police officers treat suspects in their custody or control, particularly persons of color. There is no time to waste. Let George Floyd’s murder be a catalyst for reforms in policing in our country.”

Councilmember Kenyatta Johnson’s (2nd District) statement said: “I’m happy to hear that a Hennepin County jury has found former Minneapolis police officer Chauvin guilty on all three counts in the killing of George Floyd. The verdict comes almost one year after Mr. Floyd was killed on the ground under the knee of Mr. Chauvin.”

Johnson’s statement noted his role as sponsor of a Philadelphia law, “Let Philly Breathe,” passed last year, which bans chokeholds and similar restraints that were used against Mr. Floyd. The law was supported by the Philadelphia Police Department, SEPTA Police, and the Philadelphia Sheriff’s Office.

“I feel the unanimous guilty verdict is a small step towards the fight for police accountability and reforms throughout the nation,” Johnson said.

“The violence that was done to George Floyd was singular and universal. It was violence enacted on his body, and it was violence done to a family, to a community, to a nation, and to an entire world. The jury’s verdicts signify that the murder committed has been recognized as such by the State: a murder.

“But these verdicts alone do not bring healing to a grieving family and to Black and Brown communities across our country. They do not right the fundamental injustice that George Floyd should be alive today. And they do not change the reality that throughout our city and country today, people feel unsafe in their own communities.

“We need to recognize the distinction between what truly keeps us safe and what perpetuates systemic harm. The criminalization of poverty, hyper surveillance of communities of color, and militarization of police do not keep our communities safe. We must redirect the money spent on systems of oppression and instead invest in community resources and services, in housing, and in public schools.”

Councilmember Derek Green (At Large) released a statement the next day.

“I felt a sense of relief that some measure of justice has been served for this family,” Green’s statement read. “Although this is a major victory in the battle for equality and police reform, we must remind ourselves that we have much more work to do. We must remind ourselves that the notion of having to hold our breath for accountability when another black life is taken by police, is tragic in and of itself; a byproduct of systemic racism.”

Council’s Law & Government Committee held a long hearing Thursday, in which members grilled first-term Sheriff Rochelle Bilal for answers as to why the Sheriff’s Office suddenly moved to conduct sheriff’s sales virtually, using an out-of-state vendor to speed the process by which homeowners lose their homes for non-payment of mortgages or taxes.

Ever since Council’s Majority Leader Cherelle L. Parker (9th District) learned of the surprise move to online sheriff sales, Parker has pressed the issue, sending the Sheriff a detailed letter demanding answers about the online process, and scheduling the hearing that took place – joined by multiple Councilmembers.

Bilal and her team sought to defend the virtual sales decision, though they are now saying the move to online sales isn’t permanent, and that they’ll conduct a “pilot” of the process this year, before determining whether it will continue permanently.

Yet Councilmembers learned during the hearing that the Sheriff’s Office has entered into a 6-year contract with a vendor, Bid4Assets, to conduct online sales. This revelation led Majority Leader Parker to wonder, “Why would it be multi-year and go to 2027 if it was, in fact, a pilot?” Bilal said her office could decide to end the contract if needed.

Other Councilmembers and witnesses raised questions about whether the switch to online sheriff sales would entice out-of-town property speculators to descend on Philadelphia.

After the four-hour hearing, the Sheriff’s Office issued a statement, indicating it would be “reviewing the metrics of online sales” over the next few months, but it stopped short of stating it planned to halt or amend the online sales anytime soon.

Council approved legislation by a 15-1 vote that would prohibit many employers from requiring prospective employees to undergo testing for the presence of marijuana as a condition of employment.

The legislation, sponsored by Councilmembers Green and Curtis Jones, Jr. (4th District), does exempt various kinds of jobs, including law enforcement, employees who need a commercial driver’s license, health-care workers, and a category that includes any job in which the employee could significantly impact the health or safety of other employees or members of the public.

The legislation now goes to Mayor Kenney for consideration. If approved, it would take effect on January 1, 2022.

Councilmember Green, an advocate for persons with autism, said he introduced the legislation after discovering that people with autism can be prescribed marijuana for learning difficulties – and then have troubles securing a job.

Have you been missing the @DellMusicCenter? Thanks to the Black Doctors COVID-19 Consortium, you’ll have a chance to get a little taste of the good times while getting your vaccine THIS SATURDAY, April 24 from 9am-4pm during this FREE event! No appointments needed. #VaxUpPhilly pic.twitter.com/m38LdKslc3

The resolution, introduced by Majority Leader Parker at the request of Council President Clarke, authorizes a Special Committee on City Infrastructure Projects under the American Jobs Plan. The resolution states this Plan “would provide billions of dollars to states and municipalities, and could help fund infrastructure projects in the City of Philadelphia including improvements to SEPTA systems, the airport, City water systems, housing, the Navy Yard, and Philadelphia ports, roads and bridges, possibly creating thousands of family-sustaining jobs for Philadelphia residents. Funding under the American Jobs Plan should be leveraged with other City programs through strategic, inclusive implementation of projects with the greatest impact on the challenges facing city residents including gun violence, lack of opportunities and unemployment.”

Council will vote on the special committee resolution next Thursday. “Fighting the climate crisis while fully addressing the systemic racial and economic disparities among the City’s residents demands urgent and bold action,” said Mayor Jim Kenney. ”The Philadelphia Energy Authority’s Solar Savings Grant Program is exactly the kind of work we need to be scaling up to address these challenges.”

The participants were homeowners from across 26 city zip codes with household incomes less than 80% of the Area Median Income. PEA provided a grant to cover two-thirds of the total solar installation cost, with the remainder provided through a low-cost loan. There was no credit requirement and no upfront cost for participation, with savings starting in Year 1. 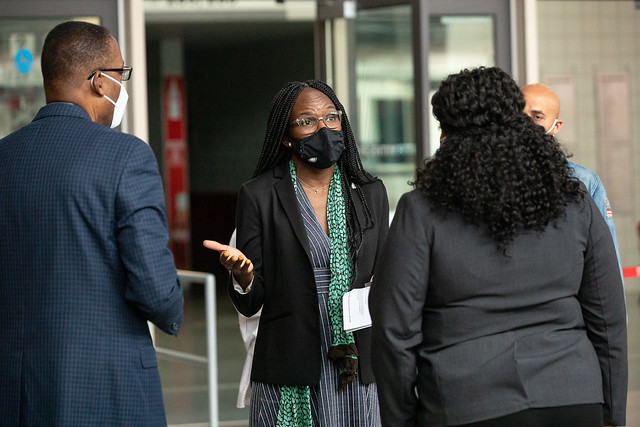 The next Stated Meeting of City Council is scheduled to take place on Thursday, April 29, 2021  at 10 a.m. The Meeting will be held remotely due to the ongoing pandemic, and will air on Xfinity Ch. 64, Fios Channel 40 and stream at www.PHLCouncil.com/watch.