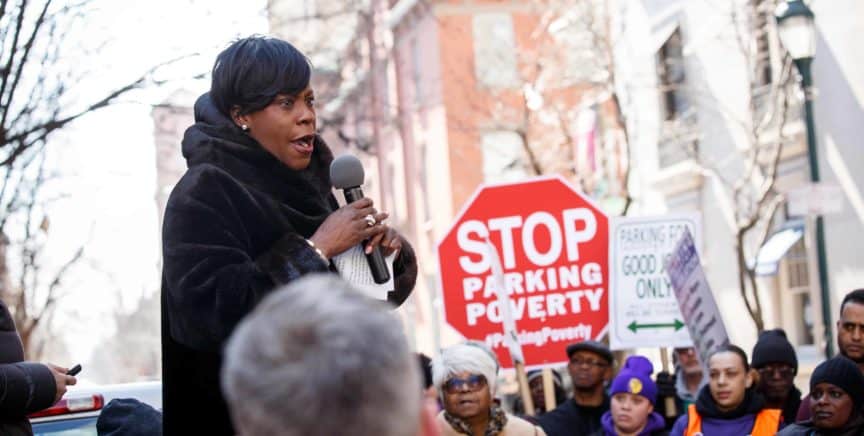 PHILADELPHIA, PA – Councilwoman Cherelle Parker today introduced a resolution calling for a hearing to investigate the refusal by Philadelphia service providers and employers to honor existing and previous labor contracts.

There are existing laws on the books to protect workers, particularly unionized workers, in situations when a service provider loses a contract or a new firm assumes ownership of an entity; however, there have been multiple recent high-profile cases where service providers and employers have refused to honor existing and prior worker contract agreements.

“Despite existing laws, in this era of frequent outsourcing, acquisitions, and mergers, it is increasingly common for service providers and employers to refuse to honor worker contract agreements,” Parker said. “We need to explore if, how, and under what terms these laws can be better enforced and/or strengthened to protect workers.”

In one example, Vita Healthcare Group assumed ownership of the Somerton Center and Garden Spring Center nursing home facilities and refused to honor the agreement in place, slashing wages by more than 30 percent for some workers and instituting an unaffordable $10,000 healthcare deductible.

Additionally, members of the Pennsylvania Association of Staff Nurses and Allied Professionals (PASNAP) are currently facing uncertainly at St. Christopher’s Hospital for Children, where the hospital’s new owners, Tower Health and Drexel University, have indicated that they do not intend to recognize the collective bargaining agreement with the prior owner. In particular, the owners have conveyed that they plan to alter the staffing levels that the members fought hard to achieve, and which are critical to providing the kind of care the children at that hospital need.

“We are thankful to Councilperson Cherelle Parker for sponsoring this resolution. It’s critical that employers like Sodexo are held accountable when they mistreat workers,” said Chris Woods, executive vice president of District 1199C.

Parked added: “When employees are left in limbo, it causes undue professional and financial stress, which not only affects the employees, but their families and communities as well.”